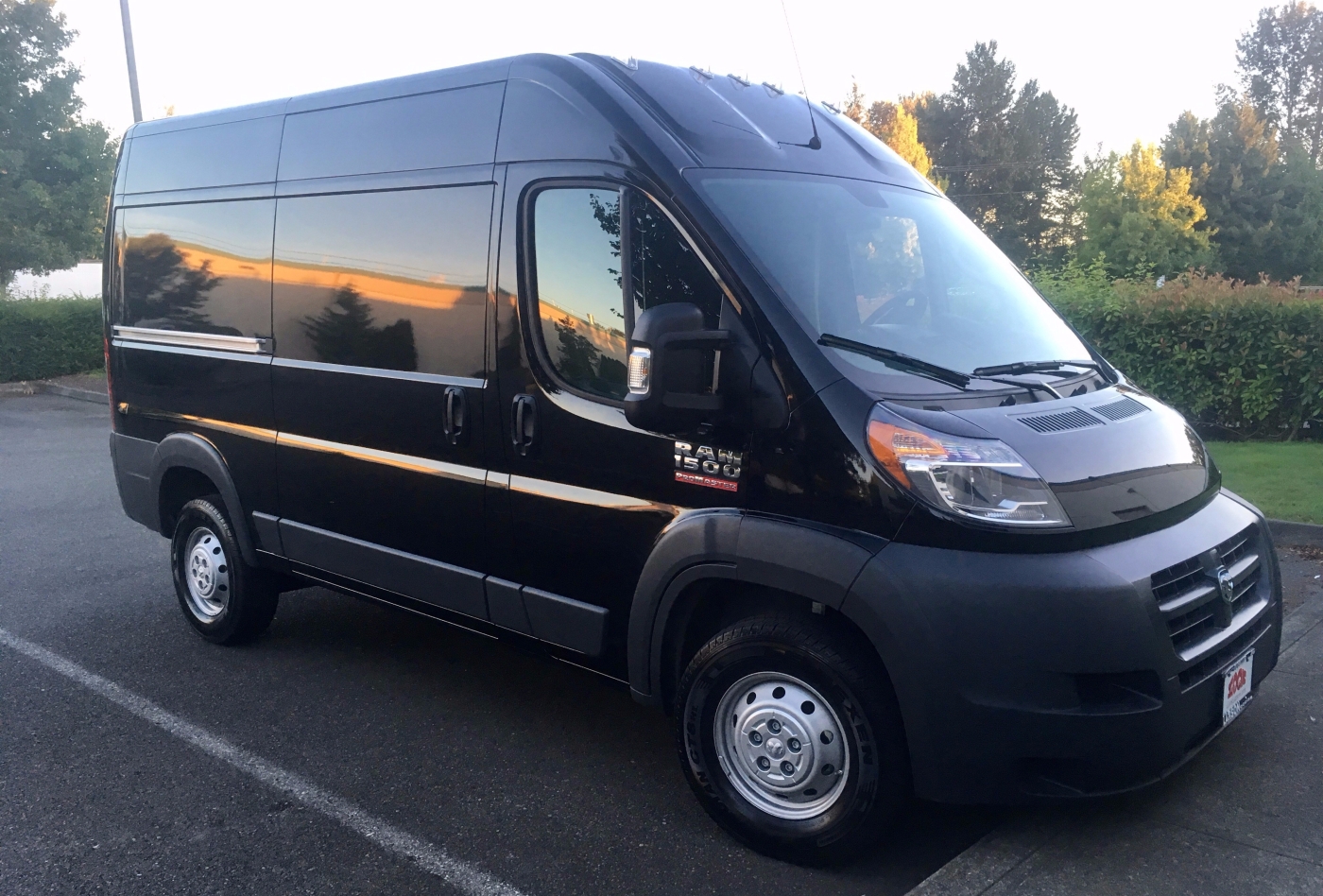 Choosing the best campervan for your needs is the first step in the process of becoming a happy van owner. There are dozens of online resources, reviews, and expert opinions, all with their recommendation on which one you should buy. While I genuinely appreciate others’ opinions, I think there is a lot of value in figuring out what is most important to you, and then making a conclusion on your own. Here is the general process we went through for purchasing our van.

The first order of business was listing our “must haves”:

The three main cargo vans that generally make everyone’s list for conversions are the Mercedes Sprinter, Ford Transit, and the RAM Promaster. I wanted to think outside the box a little bit and look at other options as well. The Nissan NV made a quick appearance on our list, but aesthetically we were just not feeling it. As superficial as that was, we just couldn’t do it. If we were going to spend thousands on a vehicle, it had to at least look “OK” to us, so off it went. We also contemplated a pop top for awhile, but then realized we didn’t want to deal with that, as easy as they may be. Making things as easy as possible encourages more adventures, no pop-top. We also briefly looked at the Mitsubishi Fuso. I liked how funky it was, as well as having the option for 4wd and a diesel engine. My dreams of driving a Unimog were starting to become a reality. Unfortunately, we quickly came to the conclusion that this would be a terrible daily driver, no Fuso.

It was back to the conventional campervan conversion options. Diving deeper into the vehicles, it didn’t take long to realize that the Sprinters were going to be way out of our budget. I did search craiglist for about a month looking for deals on used ones, they’re out there, but not worth it in my opinion. They typically had high miles and price tags similar to new Transits and Promasters. No Sprinter.

Now it was down to the Transit and Promaster. Two of our friends own Transits, and one lives in his full time. I’ve spent a couple nights in them and have been on long road trips. They drive great and are pretty darn comfortable. I was pleasantly surprised the first time I jumped behind the wheel. We were pretty set on a Transit actually, but then we started to look at interior and exterior dimensions, comparing them to the Promaster. The Transit comes in three roof heights; low (57″), medium (72″), and high (81.5″). The Promaster comes in two; low (65″) and high (76″). We knew that by building out the interior we would lose a minimum of 2 inches, if not more. Only the high roof Transit and high roof Promaster would allow us the room to stand up. With the Transit having a 81.5″ interior height, we started to question whether that was necessary. We asked ourselves if we really needed those extra 5.5 inches of headroom? Would we rather have a smaller overall vehicle like the Promaster? Comparing the two high roof vans showed that the Promaster actually comes in at a whopping 10 inches shorter overall (exterior height). Maybe that won’t matter to some people, but with one of our main goals being daily drivability, it was a critical piece of information. Continuing to dig deeper we found that the Promaster had an overall boxier profile which would really allow us to take advantage of the interior design. Sleeping sideways would be a nonissue with its 76″ width at waist height.

The final nail in the coffin for the Transit was the price; RAM was running some ridiculous rebates, and the Promaster came out thousands less than a Transit. Promaster for the win! 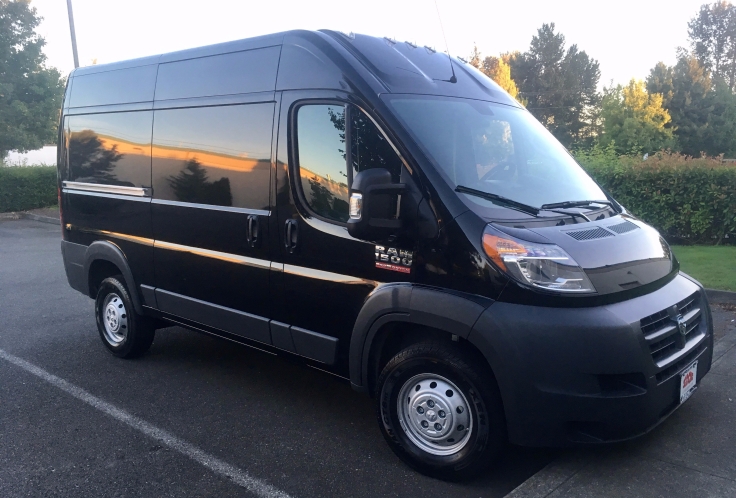